five ways to enjoy new music in an oldschool way. 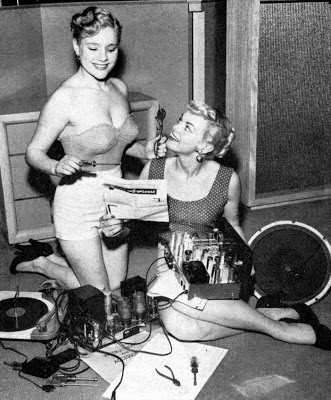 In our digital-20teen-era, we often forget to sit down and truly let our music wash over us in the way that we did back in our more analog childhoods/adolescencies (is that the plural of adolescence? is now!). As the end of the year approaches, you might find yourself worn down by all the Christmas music and extra food-intake. Can’t think! Yams in the brain! What to listen to besides Bing Crosby (honey-voiced-perfection though he is) and that terrible Paul McCartney Christmas song? Thou shalt not fear; I’m here to help.

I hope everyone is enjoying our last days on Earth (just kidding--I don’t believe in Apocalypses unless they’re on Buffy the Vampire Slayer) with some great tunes.
Posted by Mixtress Rae at 11:07 PM No comments: 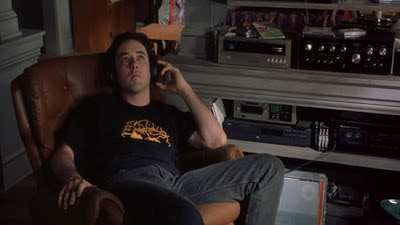 This is probably my favorite movie of all time (we'll see by the time I'm done rating these movies--the stack is dwindling). I love the book.

The only thing that could make the movie better would be if the music were more my taste, but the aura of High Fidelity is totally and completely perfect. I AM ROB GORDON. Well, I'm not as much of a pushover (and I hope I'm not as much of an asshole), but my music habits are very similar. The concept of "top five" leeches into my existence on a daily basis. I find it indispensable. It's so much more quintessential than a top 10. It forces you to commit to FIVE. Genius.

Perfect use of Jack Black, too.

Ok, this movie could also be better if a female was a main character and NOT just an object of Rob's affection. And if there were gay characters...I'll dock "atmosphere" a point for that. I dig that Rob puts on music before he even checks his messages when he gets home from work, a place wherein he listened to music throughout his entire workday.

I get goosebumps every time I watch the scene when Rob is reorganizing his record collection "autobiographically". That is so fucking ambitious and awe-inspiring. I'm boring and I do alphabetical then chronological within artist. Well I did do, before my CDs flew away. Now, iTunes organizes for me. The distinctly specific comfort Rob describes at reorganizing his record collection is no longer a comfort I get to enjoy. However, I am starting to collect vinyl, so perhaps someday I'll have a wall covered in floor-to-ceiling shelving full of vinyl. What I really want is mixtapes. I wonder if I could get friends and strangers to donate their mixtapes to me, since I only have like twenty of my originals. If you're reading this and you have old mixtapes gathering dust in your garage, email me (mixtressrae@yahoo.com). I will send you stamped self-addressed boxes for you to fill up and send me your beautiful old cassettes. Seriously.

Joan Cusack NEEDS to be in every one of John's movies. And vise versa. She is just a gem.

I want to live in Rob's apartment. It's so cozy and dark and full of personality. Like a little cave-like sanctuary. I will have that again one day.

This is one of the few movies that I still like the middle and end. I'm IN with this movie up until the end. Usually, plots blow their load in the first act, but not High Fidelity. And it doesn't end when you think it will...it doesn't end when they get back together. And I think that's awesome. And their relationship isn't this divine thing that fixes itself and ends up perfect. It's not crazy or terrible, just good. I love it. Real.

Rob doesn't even describe the "art of making a tape" until the end of the movie...love it. It truly feels like getting a glimpse of a real person's life instead of a neatly packaged plot which doesn't happen in life! I hate neatly packaged!

I love that Laura says no to Rob when he proposes to her. And I love that he explains the "other woman" as being a "fantasy". It's one of the only examples of a realistic relationship in film I have ever seen. I thought it was primarily the dialogue and Rob's relationship to music that drew me to this movie, but it's also Rob and Laura and all the genuineness between them. Y'all know I'm not a sappy girl; this is a love story I can get behind!