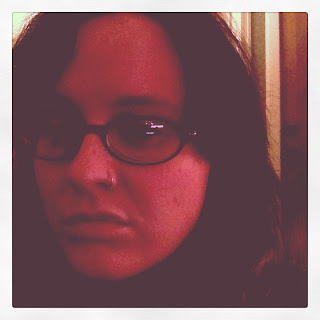 It's time I come out of the closet.

I suffer from depression. I've never been "diagnosed" with anything; I've always been a pretty accurate self-diagnoser. I believe some of it is linked to PTSD, but I've had symptoms my whole life and so have at least three of my female family members. What I mostly deal with is episodic depression, but it is cyclical and usually corresponds to the down-swing of my menstrual cycle (the one or two weeks after ovulation and preceding menstruation). I don't take drugs for this depression (again, self-diagnosis would suggest otherwise as I do imbibe caffeine, alcohol, etc of my own accord to indirectly treat my lows), but there are many things I do to distract myself during what can sometimes be up to two weeks out of my month.

And they are just that, distractions. Depression is not plinky-plunky music after taking a pill while the possible side-effects wash quickly over the screen ("in some extreme cases, using Happy Fun Ball can result in coma or death"). It's not like genital warts. It's like life. It's like anything in life. If you work out, you get to force yourself to do it for all eternity. If you want to eat right, you have to make good eating choices day after day. Slugging through the world when you're fucking sad can feel like that scene in "Melancholia" when Kirsten is dragging around all that murky crap behind her like a couture dress.

I've had a day like this today and I share it with you not because I want sympathy (in fact, don't feel sorry for me, it only makes me sadder) but because I know others feel it too and I believe it is ok to live with sadness. I function as well as I can day after day and this is unaided by pharmaceuticals (I don't even take birth control--I am the all-natural hippie y'all think I am in some ways) and some days this means a day of mad creativity and some days this means breathing in and out for the entire day.

I used to spend a lot of time wondering why and feeling bad about seemingly meaningless despair, but I've learned to be a little more forgiving. What's wrong with me? Brain chemistry. Hormones. Maybe I should eat better and exercise more (I should ALWAYS eat better and exercise more). There's always something that can be done, but sometimes it's difficult to do it. I've heard bipolar people say before that they'd rather ride out the depression in order to still take advantage of that mania at the other end, and though I don't consider myself bipolar, I do understand the sentiment. I'd rather be me enjoying the benefits of my creativity and warrior-like attitude two weeks out of the month and deal with feeling the opposite the other half of the time than to be levelly apathetic. I suppose, because I don't know any different.

I do know that I am a healthy human being and I do the best I can and I will continue to try to do the best I can, even when that means canceling plans and hiding in my bedroom watching a Bones marathon on Hulu (this blog is actually cutting into that, so I'll keep this short). I know a lot of people deal with a hopelessness I couldn't begin to comprehend. I still got dressed today, fed myself and my animals, and even went out in the sun a bit before it went down. I still consider myself a SURVIVOR in that "Run the World"-music-video way. This is the first time I'm admitting my depression publicly. So there it fucking is.
Posted by Mixtress Rae at 8:41 PM