"If I had more time, I would have written a shorter letter." -a quote from maybe Mark Twain, maybe a French mathematician named Blaise Pascal, or perhaps it just appeared in consciousness. 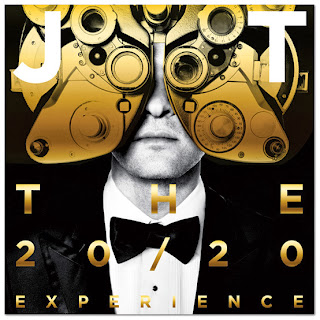 In many ways Timberlake, like countless artists throughout time, suffers from a lack of brevity. "The 20/20 Experience" is 21 tracks long, both parts told, and the tracks average at 7 minutes long. Timbaland/Timberlake tend to crescendo into a groovy dance or R&B track and just when you've decided you like it, the mood shifts into a totally different animal that you might not like at all. Just because this approach worked with "Lovestoned/I Think She Knows" doesn't mean it works with everything, boys. At least with the aforementioned masterpiece, they had the courtesy to name the track with a slash. One knows a song is going to change with a slash in the title.

I have a repeating rant in my head about brevity. Editing is a religion to me. Artists NEED to have people around them telling them to cut songs. An album you can play in its entirety is going to be 8-10 tracks long. Edit, people! There's just never a good reason for 15 tracks and three bonus remixes, in my opinion.

Verbosity aside, I am very partial to JT, to his entire person. I like his attitude, his acting, his style, his dancing, and his lovable freaking face. I'm always going to give Justin's endeavors a fair shot, because I find him to be a spectacular human being. His lyrics are sexy in a way that at first seems a bit submissive towards his women protagonists, but on closer inspection the submissiveness is revealed as respect and consent. Consent is hardly ever implicit within pop songs about sex, but JT's overall song demeanor is body-positive, respectful, AND consensual. Timberlake's lyrics have just a touch of bravado, instead of the usual r&b man's downright assault of it. This makes the man actually sexy in all the ways that other male r&b artists THINK they are.

Justin seems to have a lot of respect for women in general. Even onstage, his women backup dancers aren't objectified. They're typically wearing suits as snazzy as their frontman's duds. In JT's world, women are appreciated and the implications that their pleasure "comes first" are obvious (in "Cabaret") and welcome. It's easy to feel like this man is a good man AND an excellent lover. I can't say that about any other male artist off the top of my head, except maybe Josh Homme.

Though I am obviously very enamored with JT's personae, I find his music aurally to be hit or miss, like a lot of pop/r&b artists. I skip the r&b tracks, gravitating toward the more pop/dance flavors of JT. I typically keep about half the tracks on each of his albums, but I usually fiercely love those tracks. "Cry Me a River" is still a masterpiece 11 years later.

With "The 20/20 Experience" it's a different animal entirely. I wasn't compelled to buy ANY of the tracks from part 1 and I'm just sorting through part 2. So far, I really dig the first two tracks of part 2, but overall, the "...Experience" is a disappointment. I read that he's fulfilling a (record) contractual obligation by putting out these two records this year, and it shows. His heart doesn't seem to be entirely in it, though part of that could be explained in that his vocals seem to be processed a little back in the mix. In listening to this album, I feel JT is distanced from me. For an r&b man, one is supposed to feel like it's just you and JT in a bedroom. This album gets there in lyrics about half the time ("True Blood" and "Gimme What I Don't Know [I Want]" are the songs I'd like to be alone with.). But again, that voice that's usually so invitingly confidential seems partially hidden on this album, or perhaps Justin is putting on that fake smile that doesn't quite reach the eyes.

This lack of warmth makes me afraid this is Justin Timberlake's last musical effort. Though this album falls flat, the man behind it has got a voice (both literally and P.O.V.-wise) and I don't want to stop hearing it.

Top Five JT songs ever:
"Cry Me a River"
"FutureSex/LoveSounds"
"What Goes Around..."
"Lovestoned"
"True Blood" (maybe...I've only known this song three days)
Posted by Mixtress Rae at 1:58 PM