This is going to sound really pedestrian... 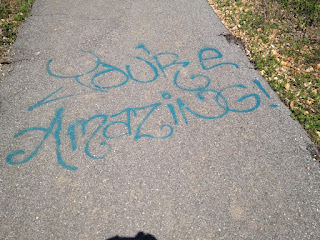 both in that I am talking about walking, but also in the "commonplace and dull" sense of the word, but really, let's take a moment.

It was only January 2007 that the first iPhone was announced. Think back to those dark ages before smartphones. I am still amazed at what I can do with one object.

Today I took a hike at Wildcat park. I had four things with me: car keys, neoprene bottle with 14oz of water, my headphones, and my phone. During this hour and a half hike I:

*recorded a video of ducks by a dam
*recorded a voice memo of nature sounds in the forest by Shoal Creek.
*took pictures of nature.
*made a phone call.
*used voice commands to "play Queens of the Stone Age on shuffle"
*texted my mom.
*took notes on ideas for zine articles both via voice dictation and typing.
*listened to internet radio (both soma.fm's "Underground '80s" station and Pandora station based on Covenant).

Other things I could have done include:

Was this walk a little TOO multi-tasky or is it dreamy to be able to seamlessly do whatever you want with one device? I am still in awe that my phone takes such great pictures (see below and above). I am seriously considering getting rid of my digital camera because I think I've used it once in the last year. Who needs a decent digital camera (not professional is what I mean by decent--I still see a use for digital SLRs and the like) when you've got a swell one in your phone? 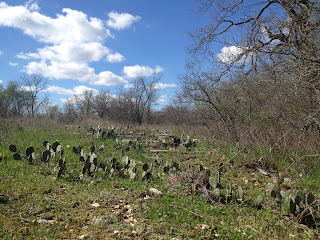 I'm still amazed that I can be rocking out to the Dum Dum Girls, get a phone call, answer it with my headphones, and when I hang up, the music resumes. I STILL think about how awesome that is EVERY TIME. It's a phone. It's a camera. It's a music player. It's the internet. It's a handheld gaming device. It has my schedule in it. It has my grocery list.

As Nick from "New Girl" questioned in the last episode: Is it possible to be sexually attracted to an object? Yes, Nick, yes it is. Of course I don't mean that literally, but the reverence with which I worship my smartphone is pretty lofty. Remember life before this? It was not bad, just with the saturation turned way down.

All this is not to say that being constantly connected is always the answer. There's still a simple elegance to grabbing your iPod and walking out the door. Sometimes these hikes are taken with ONLY my entire music library. No phone. No camera. No internet...just sound. And that's still pretty freaking amazing too...to have your entire music library in your pocket. I know it's no surprise to anyone that I love technology, but damnit, I really really do...
Posted by Mixtress Rae at 7:01 PM