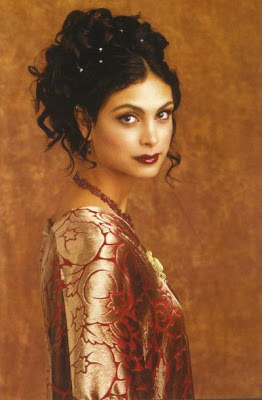 I seek it at a perverse level of intensity. I seek acknowledgement to the point of need.

If I suggest a plan for the day to my husband, I expect thoughts and a clear-cut, verbalized "Yes" or "No" as to preference of action.

If I, PURELY hypothetically of course, seek an Aspergers diagnosis with my therapist, I expect him to respect automatically that I am answering the questions provided to the best of my ability and not tell me he thinks I was answering them to get diagnosis. That offends me! I've been his client/patient/whatever-you-call-it for many years now, and he immediately invalidates this thing that I am. This thing he very reluctantly agreed I am, after much prodding. Then he didn't want to talk about it anymore. When I took the autism indicator I spent much time and effort making sure I was answering the questions truthfully, but still he doesn't believe me when I say I controlled for my biases. Normally, this assessment would make me question myself, but this time, no.

I'm tired of being the one that's expected to tell others how to treat me. I've spent my whole life knowing and advocating for people telling others how to treat them, and I do think this is incredibly valuable. You have to be assertive to get what you want, or even to know what you want, in this life. However, it is also very important to treat others with respect. Every single action I make that concerns other human being is weighed in my mind before taken. If I were this other person right now, how would this make me feel? Yes, I understand that I think too much...but I have an innate respect for other humans and I expect the same in return. I also understand that a lot of my assumptions on how others will feel in response to my actions is based upon how I would feel, and I'm a weirdo, so...

but again, I'm invalidating myself based upon the response I expect others will give me from these words. I'm just so sick of all the thought and all the screaming into the void I feel I am always engaging in...

I just want someone to get me. Really get me, without all these words in the way. Without me trying to explain. I want it so badly. To be understood. I feel it in small doses on rare occasions. And other occasions I defiantly DON'T CARE. But it's difficult to feel like you're the only one in a room reacting to a thing (a thing everyone in the room is also experiencing) the way you're reacting to it. Singular, alone, other.

The frustration doesn't come from feeling different so much as not being able to use words to tell others my point of view, and even when those words come, people in general do not want to discuss the fact that one weirdo has a reaction and wants to philosophize about a thing.

Again, the metaphor of screaming into the void comes. I'm screaming by blogging, by zine-ing, by art, by self-expression, by conversation, and I feel like I'm looking into a sea of zombie faces. Why doesn't anyone want to talk about feminism, religious dogma oppression, drag queens, Buffy, etc etc? My passions are isolated. I want to THINK and society wants to tamp me down into a tasteless powder.

I'm reading this book by Caitlin Moran called "How to Be a Woman" and one of the things I read yesterday was that she used to talk about the nuance of boys and her relationships constantly, every tiny detail analyzed, until a relationship is working...when something works, you shut up about it. I don't want to talk about boys, 'cause I got a good man...but the reason it's good is because we work at it and we demand respect from one another and give respect TO one another.

I've had cognitive dissonance with regard to the topic of prostitution and stripping for a long time. On the one hand, I've always thought it would take incredible courage to do either of those things and fuck, if dumbasses want to give you money for showing some skin and/or having some sex, take advantage of their stupidity....but, the truth is that these professions exist in their current form of disrespect and degradation BECAUSE of these idiots. I realized yesterday that it's not the professions of stripper and prostitute that bother me at all. I do still have admiration for sex-based professions (porn actors, strippers, prostitutes, etc), but they need to be in COMPLETE control of what they do. If all strippers were like burlesque performers (in their approach, not their look), in control of what they're doing and enjoying their sexuality WITH others who are respectfully (for the most part in burlesque, it's like a drag show. Everything's light-hearted, sexy AND fun...not dark and scary like regular strip clubs.) enjoying the show, then that would be wonderful. If all prostitutes could be like Inara on "Firefly" (she was a high-ranking member of society and she chose her clients carefully and was in complete control of her life and her job), that would be wonderful. If all porn actors could make films they enjoy making on their own terms without merely being objects for the men to fuck on film, then maybe more women would enjoy pornography. Maybe sex could be celebrated in a culture where women were free to feel ok about their sexuality. Perhaps we'd all get more tail if we respected one another and all that.

At this point, I'm all over the place. Starting my period in the next few days, finally. There's another subject: I use it as an initiation for men I know. If a man balks at talk of periods, he's gettin' an earful from me and no man I have EVER dated seriously has had any flinching reaction to my talk of periods. If he did, I wouldn't have dated him. 50% of the human population will have periods at some point in their lives. At any given time, several females you encounter are on their periods. Why can't we talk about it? Well, we can. Our brains are dosed in hormonal fluctuations to an extent that men don't have to endure. We go to work with cramps that would keep an unsuspecting man (you know, the ones who've never had a period, were they suddenly to get one, not that I think they couldn't handle cramps were they used to them as we are) on the couch wailing all day. My last period I endured cramps so bad that I couldn't walk for an hour. That's a pretty big deal, but I'm supposed to be quiet about it. Next time, I'm posting a status update about it. There's a shit-ton of mean-culture surrounding our periods....something we endure 30+ years of our lives 1/4 of that time. 25% of my child-possible (though not child-probable) time on this earth will be spent BLEEDING. From the crotch. This is something to talk about.

I'm sick of being quiet.
Posted by Mixtress Rae at 5:10 PM