Ready Player One: a rant about a thing I love (SPOILERS) 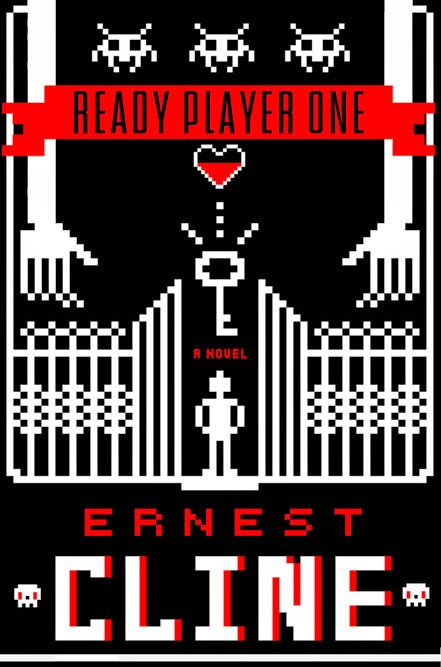 So, I'm about to bitch about a thing that I intensely love from beginning to end. This is a thing that us nerdly types do. We nitpick a thing that is 95% perfect for that 5% that fell short.

*The book includes rigorous details about '80s culture, of which I love.

*The book includes painstaking minutiae about video games and arcades and movies like "Real Genius". It makes references I get and mostly identify with, as a nerdly-type hewwwMAN.

Here's the other 5% of the book that I take issue with:

*Most of the "other"ness character traits were thrown into ONE character. Aech is an overweight black gay woman that plays a man in the simulated online world of the book. She probably did this solely to gain respect and not because of gender identity, which I think is a great nod to feminist issues. Throwing almost all diversity into one character is a minor complaint. Art3mis is overweight and has that scar on her face and Shoto is Asian, but seriously. Ok, maybe I can let this one slide.

*The BIG problem I have with this book is the love story. I'm completely ok with Art3mis and Parzival having a love story. The problem I have is how Parzival handled it. One, when Art3mis told him to back off, he pulled a Lloyd Dobler and PUSHED the issue. Cline could have EASILY just kept the hounding-the-girl portion of the story out of his self-loathing after she cut things off.

Second, the LAST SCENE OF THE BOOK! I dislike MANY things about this last scene. Ok, so Parzival had to find Art3mis in a garden maze, for one, like she was the final prize in the video game of the entire plot. Ew. THEN, when he sees her in person for the first time he tells her she's beautiful and she's all like, "really?!?" and acts all timid like she'd NEVER been in any other part of their relationship. Because she has a birthmark on her face. There was a lot of buildup to her "disfigurement", how she cut herself off because she was so hideous when it was just a damn birthmark on part of her otherwise gorgeous face. Why not give her an actual disability? Why not NOT make the first thing Parzival fucking says to her about her beauty? Gross! So gross.

And THEN he tells her he wants to spend his life with her. Whoa. Hold up there, buddy. You are literally meeting in person for the first time. Yes, you know her really really well online and it's safe to THINK you want to spend your life with her but she has withheld a lot of affection from you. For all you know she just sort of wants to date you at this point. Don't tell her you love her and want to spend your life with her yet! Calm the fuck down! This whole time she's still being all timid and shy, in disbelief that he could possibly hold her in that esteem when she has proven herself to be, on multiple occasions, way more of a badass than he is. Ew. And then they hold hands for awhile. That part is sweet. It should have ended there, but then there's a kiss. Again, they JUST met. I could overlook that part if the "beautiful timid girl" shit hadn't happened, but I cannot. I just want to rip out the last five pages of the book.

Or rewrite it. If I rewrote it it would end with Art3mis taking her walk outside, but not hiding at the end of a maze. She's not a fucking conquest. Then, they'd meet and be all shy and awkward, because it's the first time they've met face to face IRL but Parzival would say nothing about her beauty. She wouldn't be more timid than the situation itself would warrant. She would be her usual badass take-no-prisoners self. They would absolutely take a walk and then maybe hold hands on a bench, but no kissing.

Overall, I reread one of my top five books of all time this week in the form of an audiobook read by Wil Wheaton and it was super lots and lots of fun. Last scene aside, I'm in total love with this dystopian Matrix-y gay romp in a video game world of a book. I'm sure I'll read it at least ten more times in my life. Yay for things that are awesome.

They are SO going to fuck it up with the movie, though. You KNOW they will.
Posted by Mixtress Rae at 1:55 AM