The search for my Top Ten Horror Movies, part 1. 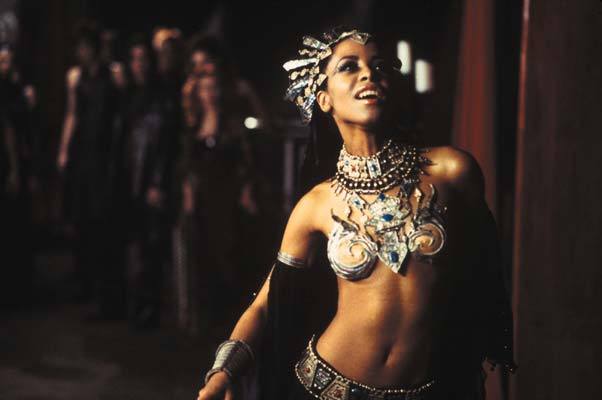 I’ve been thinking about horror films lately. It’s been awhile since I watched my favorite horror movies. Also, I haven’t seen several of the iconic movies from the horror genre. You see where I’m going with this, right? It’s time for a rewatch/watch-for-the-first-time and review blogfest!!

Disclaimer: I am definitely a fan of horror, but my love of it is mostly due to gothic imagery and the potential for girl villainy. I enjoy a good psychological thriller, but the “being hunted by hillbillies in the woods” and “being tortured by psychotic individuals” oeuvre are not for me. I like being worried and maybe a little freaked out, but I don’t enjoy things that are disgusting or overly violent. I like my gore to be beautiful, not squishy. Also, I can almost guarantee if there’s a rape scene, I am OUT. Immediately.

Caveats: I am limited to movies I own, movies I can check out at the library, and movies that are available on Netflix or Hulu. This will by no means be a complete list. Thems the breaks. Shaun of the Dead should probably be on this list. Perhaps I’ll add it later, but I’m really mad at Simon Pegg right now because his last few movies have been crap-fests with terrible treatment of women characters. I thought you were on our side, Simon...WTF?!

Rules of my rating system: I’ll be scoring these movies on 6 factors (Aesthetics/Visual Effects, Plot, Characters, Score/Music/Sound Effects, Rewatchability, and Treatment of Women/Marginalized Groups) on a scale of 1-5. These scores will be added for an overall possible score of up to 30 points. They will be ranked at the end of the project using these scores. I can then present you with Mixtress Rae’s top 5 (or maybe 10) horror movies of all time. I’m limiting myself to reviewing only 25 movies so that I can hopefully finish the project by October 31st or at least somewhere around Day of the Dead (November 2nd). This list could definitely be a LOT longer. If you think I’m missing something really important, give me a good defense of a title you think I should add and I’ll consider it (provided you let me borrow it if I can’t find it at the library, Netflix, or Hulu). For the most part, I’m sticking to first in series. The exceptions are sequels that have more badass girl villains than their debuts.

Here is the list of movies that I’m planning to rewatch/review that will likely have a better shot at hitting the top five (or ten):

Here is the list of horror movies I’ll be watching for the first time/rating:

Ok, that’s it. I’ve already watched two of these movies, so reviews will be up soon. I wanted to let y’all know what I’m doing because I’m super excited. Tell me YOUR favorite horror movies. Oh, and if we’re friends IRL and you like any of these movies, let me know and we can watch them together!!!
Posted by Mixtress Rae at 6:05 PM