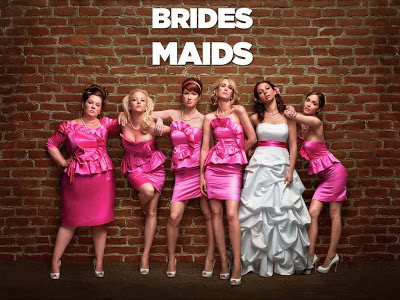 Last movie on my list of favorites...well, unless I count "Young Adult". Why not, right? Ok, not the last movie, but I want to finish this project tonight, so apparently I'm watching two movies. Gather up your cranberry-vodka cocktails, ladies, and let's DO THIS.

I happen to, for some reason, own this movie on BluRay and my mom has a BluRay player, so I'm watching this in highdef even though it's not Planet Earth, so why, but that's another rant entirely that can actually be summed up by saying that I don't really see the point in BluRay unless it's nature. Normally I don't want to see pores, but individual blades of grass? Yes, please.

Maybe pores are ok now that I'm watching this, because it makes the actors look like real people. It's not as scary as seeing the local newscasters' pores. I mean, just skip Gary Bandy in highdef, God love him. This looks amazing, actually. Oh no, I can feel myself getting spoiled by this crispness just like I did with the "Retina" display on my iPhone. Damn pixel density!

It's so nice to see a real reaction from a BFF when the other gets engaged, instead of just squealing and jumping and immediate planning and scheming and more squealing. I love that she's driving a super-old Toyota too. It reminds me of my first car, a 1984 Honda Civic named Shirley. Melissa McCarthy is so spectacular. She really is. I can't imagine this world of fancy engagement parties and country clubs. I would feel just as out of place as Kristen Wiig. The joke with the dueling speeches at the engagement party runs a little long, though. This may not make the list, because I just don't know it well enough. I was blown away by this movie when I first saw it because it's a film about female friendships and weirdness and awkward humor. I was worried it would be a "Hangover" for girls, but it's so much better than that. The love interest is charming and their interactions are believable. The crux of the movie is the believable interactions between all the characters, besides that they're all super funny in a way that people usually aren't. I love that almost an entire Fiona Apple song is played while Wiig makes herself one perfect cupcake. OMG, I want a cupcake...even a sad cupcake.

Such a great touch that everyone really looks terrifyingly awful as they're sick at the dress place. It's so gross. And hilarious, though I usually don't do poop humor. They don't go to the reallyreally gross visual place, like a "hangover"-type movie would. It's more about their faces and how they feel as they're getting sick, which I find classy. A classy poop joke. I'm into that.

I still find it so weird that weddings are such a big deal. I tried not to make a big deal out of mine, but I still think I made too big a deal out of it. If I could do it over, I'd have less people there and think about it way less and make sure there was video footage of the reception, because Lord knows I don't remember a THING.

How perfect is Melissa McCarthy's speech to Kristen on the couch? So perfect. Inspirational, really. I would recommend this movie to anyone going through a hard time. Pick-me-up kinda movie.

I don't understand why Maya has to leave her apartment. They kind of dropped the ball on the fiance front. He's not there really, ever, and they don't already live together...what's that about? Don't freakin' marry someone you don't already live with, ok? That's crazy talk. I'm docking a point for that. I don't really dread any point in this movie except for the part when Kristen is mean to Love Interest Guy the morning-after. I usually have trigger-moments during movies that I have to skip or leave the room during, but "Bridesmaids" has a really great collection of wonderful moments. Very great movie overall.

There ain't nothin' wrong with a movie that ends with Wilson Philips' "Hold On". Nothin'.
Posted by Mixtress Rae at 10:04 PM